I had no freedom at all. But this was because of my own actions. At just 18 years old I had earned my first felony for drug possession, followed by two more over the next few months. Then from 19 until 21 I was in a few different prisons around Texas. I can honestly say I got what I deserved and I am better for it.

My time in prison gave me a great appreciation for freedom. I decided I would never do anything that would cause me to lose it again.

But today many are being imprisoned and enslaved without even knowing it.

The form of evil slavery that was abolished in America in 1865 is no longer practiced openly.

But evil people have never given up trying to control and manipulate others for their own gain. The methods are just different today.

The best away to enslave people today is by controlling their thoughts. In order to take complete control of you, it must be an entire belief system, like a religion… This belief system must include EVERY aspect of your life and show you exactly what is good and bad. It should have an answer or a justification for everything you do.

That is why there is a major war in the world right now over YOUR beliefs.

How do I know? Well, I make a very good living as an online marketer. No, I didn’t just take some course and start making a 100 thousand a month.

I spent 7 years getting a bachelors and two masters degrees in marketing. I followed that up with 3 years of running a software company and then opening my own marketing consultancy in 2016 that I still run.

And as a professional in this field, the best definition of marketing that I have heard to date is that “Marketing is the act of changing beliefs with the intent to sell.”

And this is done at every level of society. Some of those who are fighting for your beliefs do so with good intentions and by using the truth, but others with very evil intentions, twisting the truth and outright lying to get your favor.

You may feel insignificant… like “why would they fight over me?”

But the truth is, they aren’t just going for you, they are going for the masses. Complete control.

The entertainment industry, media, government, businesses, churches, schools and even your family are at war to get you to believe something. Some for better and some for worse.

I used to believe that there were many different enemies of our freedom, but now I see them working together as one force.

Communist China, Democratic-Socialism, Humanism that rejects God and puts man on the throne, crony capitalism (fake capitalism) and corrupt politicians, Planned Parenthood and the abortion industry, and so many more are all proving to be ONE movement.

Whether these were all separate and unrelated movements at one time or not is irrelevant to us today. Many of us have discovered during this coronavirus fiasco that satan is working harder than ever to form one “belief system” that the world can get behind. The ONE world religion that enslaves us.

God has not given us a spirit of fear, but of power and of love and of a sound mind.

Today, more than ever, we need a sound mind!

Without it, your freedom is gone. We must first and foremost understand what is truth, and what is a lie.

Each of these evil movements only prospers through LIES and deception. Our victory lies in exposing them and removing the lies from power.

In John 14:6 Jesus says “I am the way and the TRUTH and the life. No one comes to the Father except through me.”

Jesus is the Truth. We must know Him and what He is saying in order to retain our freedom. Our fate and our children’s fate are at stake. I have four daughters that I refuse to let become enslaved by the spirit of the age.

In this war for the truth, it’s no longer time for Christians to rely on pastors to do all the work for us. We all have a part to play in retaining our individual and collective freedoms. I hope you’ll join me in this fight.

It is for freedom that Christ has set us free. Stand firm, then, and do not let yourselves be burdened again by a yoke of slavery. 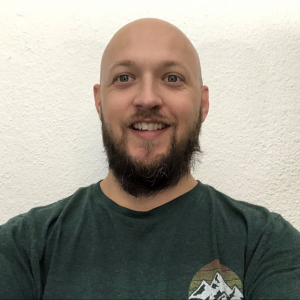